Featuring Songs 'SAINTS OF THE BLOOD' & 'THE VENGEANCE' Stream/Watch Here Limited Edition Merchandise Bundles Only Available Now Through Dec 2nd Shop Here Hitting The Road With In This Moment In 2020 Tickets On Sale now at www.BlackVeilBrides.LIVE VIP Packages Available From www.BlackVeilBrides.VIP 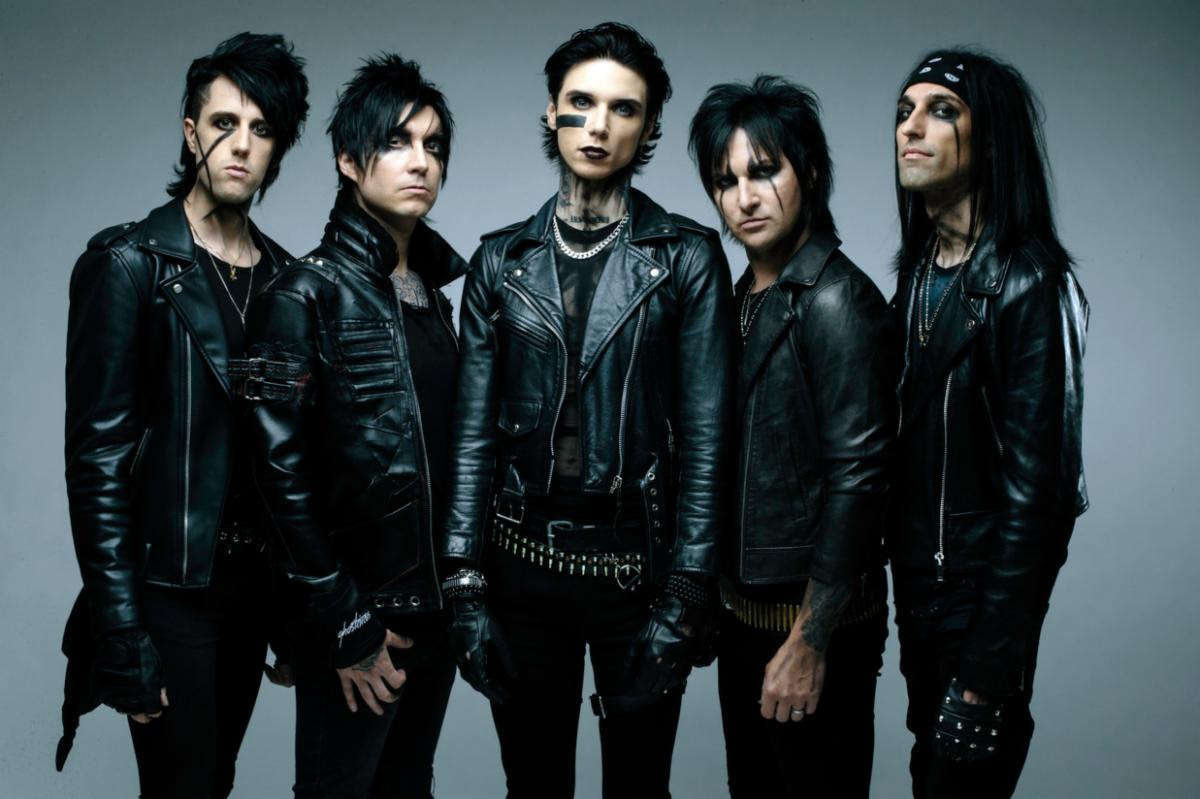 Friday 29th November 2019- Iconic hard rock outfit, Black Veil Brides, have today released 'The Night', the first in a series of duologies featuring two brand new tracks 'Saints Of The Blood' and 'The Vengeance', their first new music since 2018's chart topping album, 'Vale' and their first since signing to Sumerian Records. Stream 'The Night' here and watch the videos for 'Saints Of The Blood' and 'The Vengeance' below.

Black Veil Brides have dropped limited edition merchandise for 'The Night’ and each bundle comes with a digital download of the album and will only be available until December 2nd from www.BlackVeilBrides.net 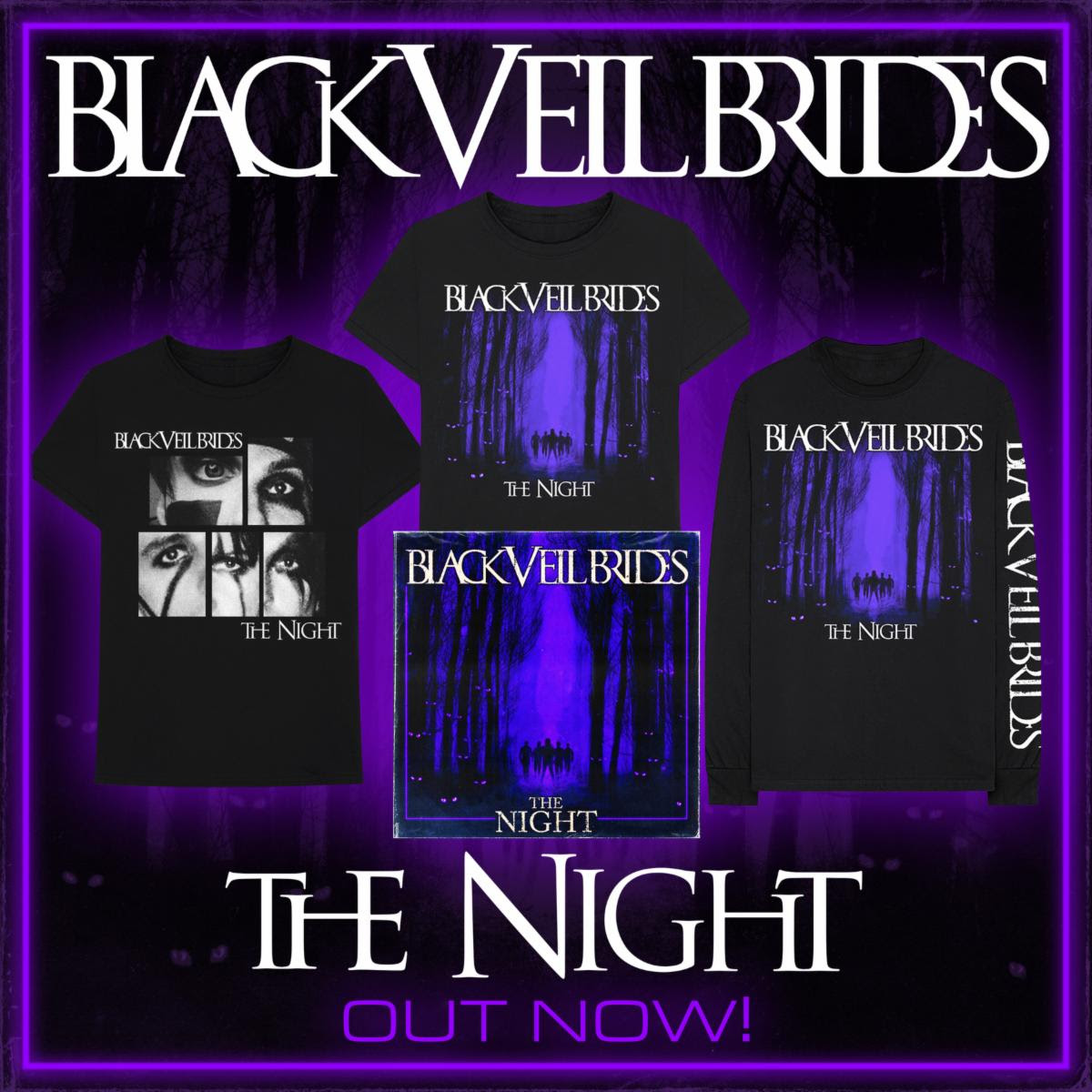 Produced and mixed by Black Veil Brides guitarist Jake Pitts, 'The Night' will be the first in a series of duologies released by the band and marks their first new release since the hugely successful 2018 album 'Vale' which hit #1 on Billboard's Hard Rock chart, #14 on the Billboard Top 200 and has amassed over 40 million streams on Spotify alone. This release is also the band's first since signing to globally renowned Independent label, Sumerian Records. Speaking on his latest signing, Ash Avildsen, Founder and CEO of Sumerian Records says "I have worked with Andy and Black Veil Brides since he was a teenager, first discovering him as a booking agent in the early days of Sumerian. To see everything he’s accomplished as a musician, actor and writer in the past decade is truly inspiring. To finally be able to partner with Andy and Black Veil Brides as their record label while working alongside Blasko and Brxnd management for the next era of the band I believe will lead to the most compelling days yet and Andy is only in his 20s... exciting times ahead!!" Black Veil Brides will be hitting the road in 2020 for a mammoth North American tour with In This Moment. Beginning in Orlando, FL on March 24, the tour will hit a further 38 cities before culminating in Morrison, CO on May 17th. Tickets are on sale now from www.BlackVeilBrides.LIVE and VIP packages are available now from www.BlackVeilBrides.VIP Full list of tour dates can be found here. 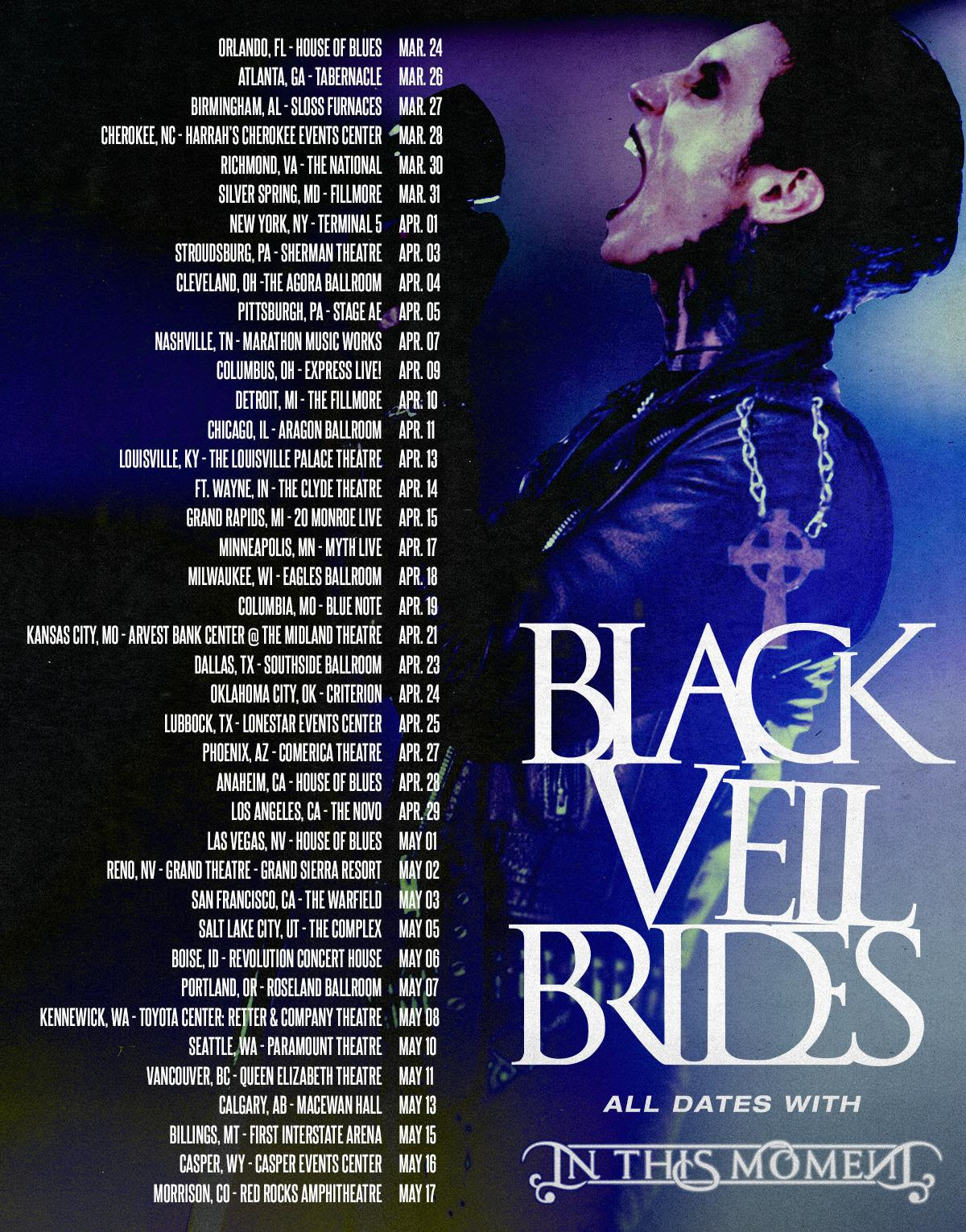 Since launching their debut album 'We Stitch These Wounds', in 2010 Black Veil Brides have grown to be one of the most successful and revered bands in modern rock. Since their debut album, each of their subsequent 4 studio albums debuted in the top 20 of the Billboard Top 200, with two albums - 'Wretched and Divine' and 'Black Veil Brides' - debuting in the top ten. They have also released a chart topping live DVD - 'Alive And Burning'. The band have over 1 million monthly Spotify listeners, have clocked up 400 million total Spotify streams, 500 million YouTube views and have a combined social media reach of over 11 million fans.