We recently had the chance to ask Defying Decay frontman 'Jay' Poom Euarchukiati a few questions about the band's recent U.S. tour, their new album and much more! Read the full interview!

Q: You just finished up your North American Tour! How was it and do you have any highlights?

A: The whole tour was a highlight for us because it was our very first time doing a tour this a tour to remember as a lot of stuff went down and didn’t go as planned but overall the tour was very fun. One of the highlights was Iowa for me, even though the venue was very small and the crowd wasn’t big but the energy was there and people were crazy. It was just insane. Also living together as a whole team on the tour bus for the whole month was really fun and very unique experience as we don’t have that kind of set up in Thailand for touring bands.

Q: What is your favorite song on your setlist for this past tour and why?

A: I like all of them but one that stands out to me personally the most is ‘Dominion’. It’s a fun song to play and I get very hyped up when I play that song. Also, I’d say ‘Ghost’ is another one of my favourite to play as it has always been my favourite song to play.

Q: Who would your dream collab be and why?

A: I have quite a few who I’d love to collab with, one of them is Trent Reznor, although it probably never would happen but I’ve always been a big fan of his music and I went to see one of his concerts and it was probably one of the best shows I’ve ever seen in my life. I am just interested to hear what would come out from the collab because Nine Inch Nails have a very industrial sound and it’s something I’ve always loved and I guess our band also does have that sound but we try to move towards more pop direction somehow so I’d be interested to see what that would sound like with him.

Q: What influences your writing process?

A: It really depends on the song. Some songs, wlong, also it being US, and having to play 24 shows close to back to back. It was [definitely] jam it out as a band and if we really feel the energy and feel something from it, we would decide to make it a song. Like ‘Existence of Extinction’. Some songs were completely started off from programing like ‘Judas Kiss’ which was us just programing synth parts from a new synth I bought at that time and I started to just play around and build it from there on ProTools writing MIDI drums and passing it onto members for additional input. ‘Dying Programs’ as well started off as an electric beats in the intro and some songs like ‘Ghost’, I came up with a chorus out of the blue playing my guitar strumming chords, so that song was sort of written acoustically, before it was electrified to be played with the band. It was just me strumming a guitar and singing a melody. Some people on our band like Howard, would always write with GuitarPro, he doesn’t start off with playing an actual instrument because he always thought that when he plays a guitar, he always goes to chord shape that he knows or progression he is used to playing and just change up a bit so he just writes from GuitarPro, no MIDI.

A: Our whole team couldn’t come from Thailand as we had some struggles in bringing them to the US. We are usually spoiled in crew members as we usually bring 3 techs to set up and do everything on and off stage and we would just walk on stage and play, but this time, we couldn’t do that. We had to help each other out because we only had 1 tech for this tour and also not having a guitarist and a keyboardist there who we rehearsed the set with changed how we would play the shows. It almost felt like we were starting a band from day one. We had to use the backing track to cover those holes.

Q: Favorite part about being on tour?

A: Being on the bus and waking up to a new city or town everyday seeing something new, meeting someone new and going to a synth store in different city is something really interesting because we don’t have synth stores in Thailand and I’m a huge synth person. I like that you can actually try out the synths before buying them, whereas in Thailand you can only order from the internet. There are lots of guitar stores in Thailand, but synth is not yet a big thing in Thailand, and there isn’t any synth stores where you can buy modular synths, which I am very much into modular synths.

A: Going to Japanese onsen, going to a bar, sleeping in my bed and just hanging out with friends when back home. I generally really miss my studio a lot because I usually go into my studio everyday doing some mixes or working on some sort of projects, and also going to the office. And of course, I miss my family, so hanging out with them.

Q: The band released it's freshman album, Metamorphosis back in June, tell us about your vision for the album.

A: The vision for the album was that we wanted to make a nu-metal record but we wanted it to sound modern in some way and make it sound like ourselves. In the previous record we made was more metalcore and modern but this time I wanted to go back to the music I grew up listening to. In the most modern metal band nowadays, they have a lot of double pedals or double bass drums with low tune guitars, but with us, I tried to set back and put in more groovy vibe by using more single pedal to give more groove. We just wanted to do something that wasn’t done before. Although I wouldn’t say that we achieved that 100% but I’m still happy with it, I think it’s a good start. The reason it’s called ‘Metamorphosis’ is because it’s us growing up as a band and having all these changes happening to us as a band. Our first record was just us kids having fun, took us three years having riff here riff there “oh let’s put it together as a song” and it turned out as an album and gained some recognition which caused the band to keep on going. We realized that we could do it and now that we came to do our second record we definitely had a different approach and try to be more professional, thus ‘Metamorphosis’.

Q: For a person not familiar with Defying Decay, what is one thing you want them to know about the band?

A: There’s a lot but if there’s one thing, come watch us live. We have a lot of energy and we have a lot going on on stage which you might not expect from a metal band and also, we’re from Thailand! That’s one thing I would like everyone to know. Sorry, that’s two.

Q: What can we expect from Defying Decay in the coming months?

A: We are looking into tour in Europe, hopefully, so you could expect that. We have few release planned as well while we are on this album cycle, so expect something coming out soon.

Huge thank you to 'Jay' Poom Euarchukiati and the rest of the guys in Defying Decay for the interview! Check out some photos from their set a few weeks back and stream 'Metamorphosis' below! 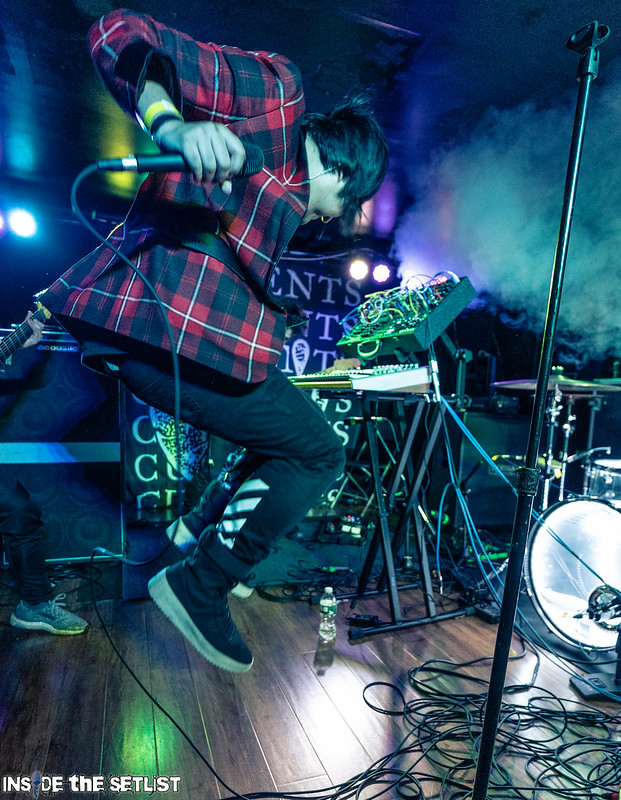