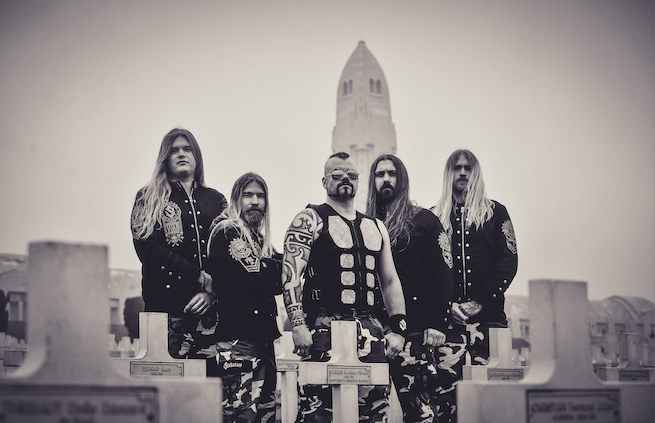 Only two days left until Swedish heavy metal heroes SABATON release their new album "The Great War," out on July 19th. Today the band reveal their fifth album trailer, in which they provide details about the different formats in which the album will be available.

"It is with great anticipation that we can finally reveal that "The Great Tour" is also coming to arenas in Europe. I wish it was already January the 17th and we entered the stage at "Hallenstadion" in Zürich, but time will pass quickly", announces Pär Sundstöm and adds: "You know by now how much we care about the bands we choose to bring with us on tour, this is no exception. AMARANTHE is a rising star on the metal sky bringing such energy and passion rarely seen on stage and will open the evening. After that comes the big surprise for a lot of people who are not familiar with the cello rock band APOCALYPTICA, but trust us that their emotional show will definitively create magic in the arenas. Finally, we are bringing with us our biggest touring production we have ever done… and we promise to deliver a show you could have never imagined.. and the biggest announcement regarding this tour is still to come..."

AMARANTHE currently released their fifth album "Helix" and are more than happy to open up the battle: "It is with absolutely massive levels of excitement that we announce our part in SABATON's monster of a European tour next year! We have proudly watched as SABATON has risen through the metal ranks, and with honor we finally join our Swedish brothers in this Cyclopean campaign set to steamroll across the continent. Although AMARANTHE will open these night you can expect a more energetic and mesmerizing show than ever before, that will fill the arenas with pure modern metal madness! Do not miss this infernal machine of a tour, as lightning might not strike twice!"

APOCALYPTICA are currently working on their follow-up album to the successful"Shadowmaker" record. The Finnish cello rockers surprised by releasing their own version of the SABATON single "Fields Of Verdun". Eicca Toppinnen states: "As people may know we love to collaborate with other artists. We love the energy developing out of this and we embrace the learning from other professionals. Doing this incredible tour with SABATON is something special for us. It is not only about writing and producing new music together, but also about the energy on stage. We are super excited and very much looking forward to this tour!"

Watch the YouTube announcement about the tour and support acts here:https://youtu.be/0YgFe67zHXk

Tickets are available on https://www.sabaton.net/tour/

The release of SABATON’s ninth full-length record perfectly coincides with the band’s 20th anniversary and the concept album is based on events during the First World War. The band started the recordings exactly 100 years after the end of the First World War (11/11/1918) and took 3 months of intensive work to complete the album together with their long term producer and partner Jonas Kjellgren at Black Lounge studios. Furthermore, the album has been mastered by Maor Appelbaum and the artwork was once again created by Peter Sallaí. "This is not the first time we have sung about stories from this period in time, but now we felt the timing was right to make a full concept album about this war", explain the band.

Alongside the album, the Swedes have worked hard to make their 20th year anniversary a very exciting year, and also started the SABATON History Channel - a unique collaboration between the band themselves and multimedia historians Indy Neidell and Timeghost -capturing the power of social media to tell stories about the wars, battles and heroes behind SABATON’s songs. Subscribe to the YouTube channel via this link:https://www.youtube.com/channel/UCaG4CBbZih6nLzD08bTBGfw

“This is the biggest album we have taken on so far.There is more depth and story around the songs that we have ever had before", Pär Sundström announces. "Expect many surprises as we have tried new things and we also went back in time to a concept we know a lot of you love. The Great War has been created side by side with the Sabaton History Channel to make 2019 the most exciting year in our 20 year history.”

Get the band's previous albums as well as lots of merch and special editions in our shop:http://www.nuclearblast.de/shop/sabaton 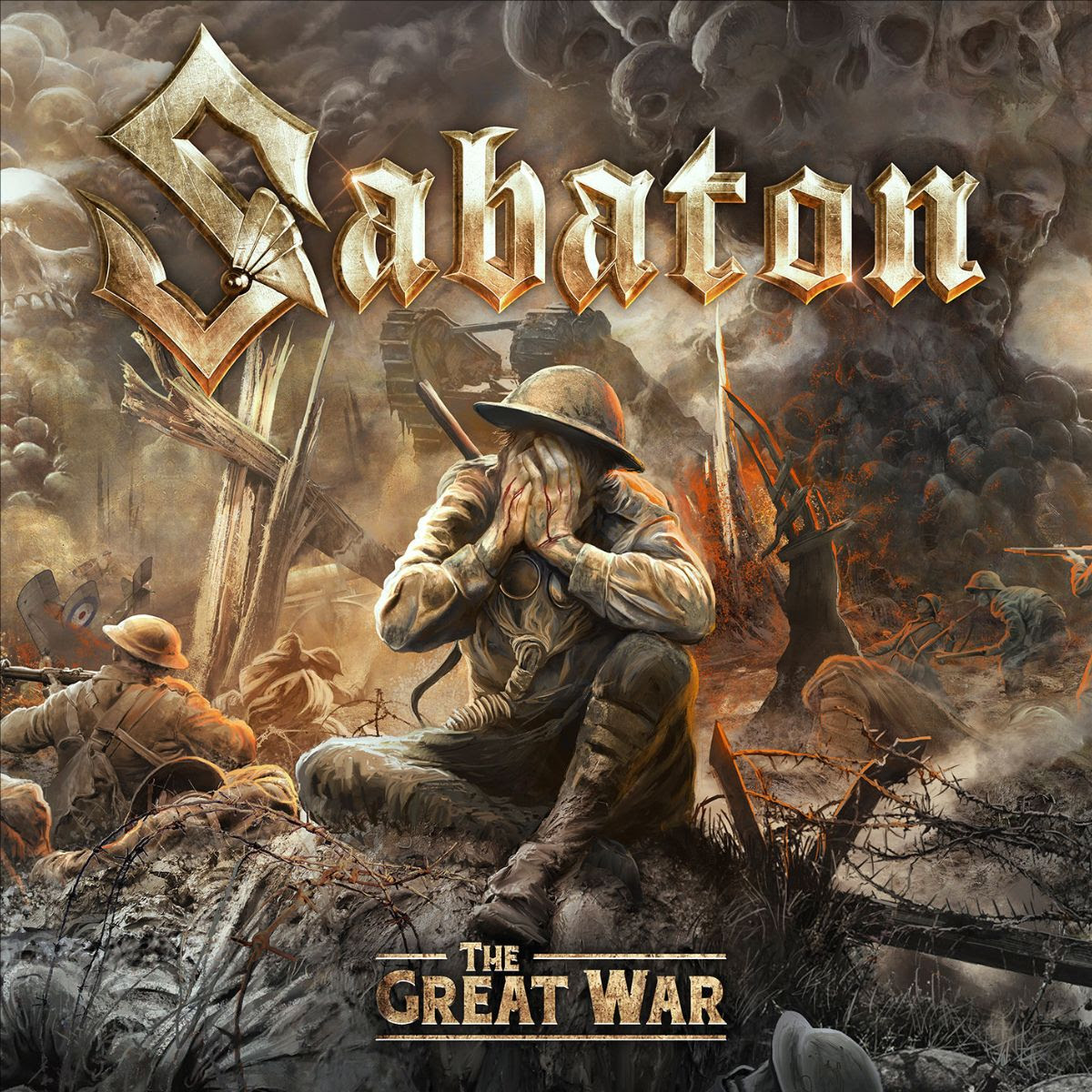 Photograph By: Shannon BrookeVisit SABATON at